Rail transit traction power supply system uses rectifier units to provide DC power to EMUs, so harmonics are inevitable. When the harmonic content exceeds a certain range, it may cause harm to the urban power system. In addition, lighting, UPS, elevators  mainly produce 3, 5, 7, 11, 13 and other harmonics. And the load power is large, and the reactive power is large too.

Harmonics cause the relay protection and automatic devices of the power system to malfunction or refuse to operate, which directly endangers the safe operation of the power grid; causes various electrical equipment to generate additional loss and heat, and causes the motor to generate mechanical vibration and noise. The harmonic current is in the power grid. as a kind of energy, will eventually be consumed on lines and various electrical equipment, thereby increasing losses, excessive reactive power and harmonics, resulting in increased transformer losses and reduced efficiency, and will be coupled to the high-voltage side, causing more Large-scale power quality problems.

Lighting equipment, UPS, fans, and elevators generate harmonic currents, causing voltage distortion. At the same time, the harmonic currents will be coupled to the high-voltage side through the transformer. After the active filter(HYAPF) is installed, the filter will generate a compensating current with the same amplitude but opposite phase angles to the detected harmonics. The power grid is offset with load harmonics to achieve the purpose of filtering and purify the power grid, which can effectively reduce the failure rate of equipment. Active power filters have better performance than traditional passive filters, can dynamically compensate for harmonics, and are less prone to resonance. 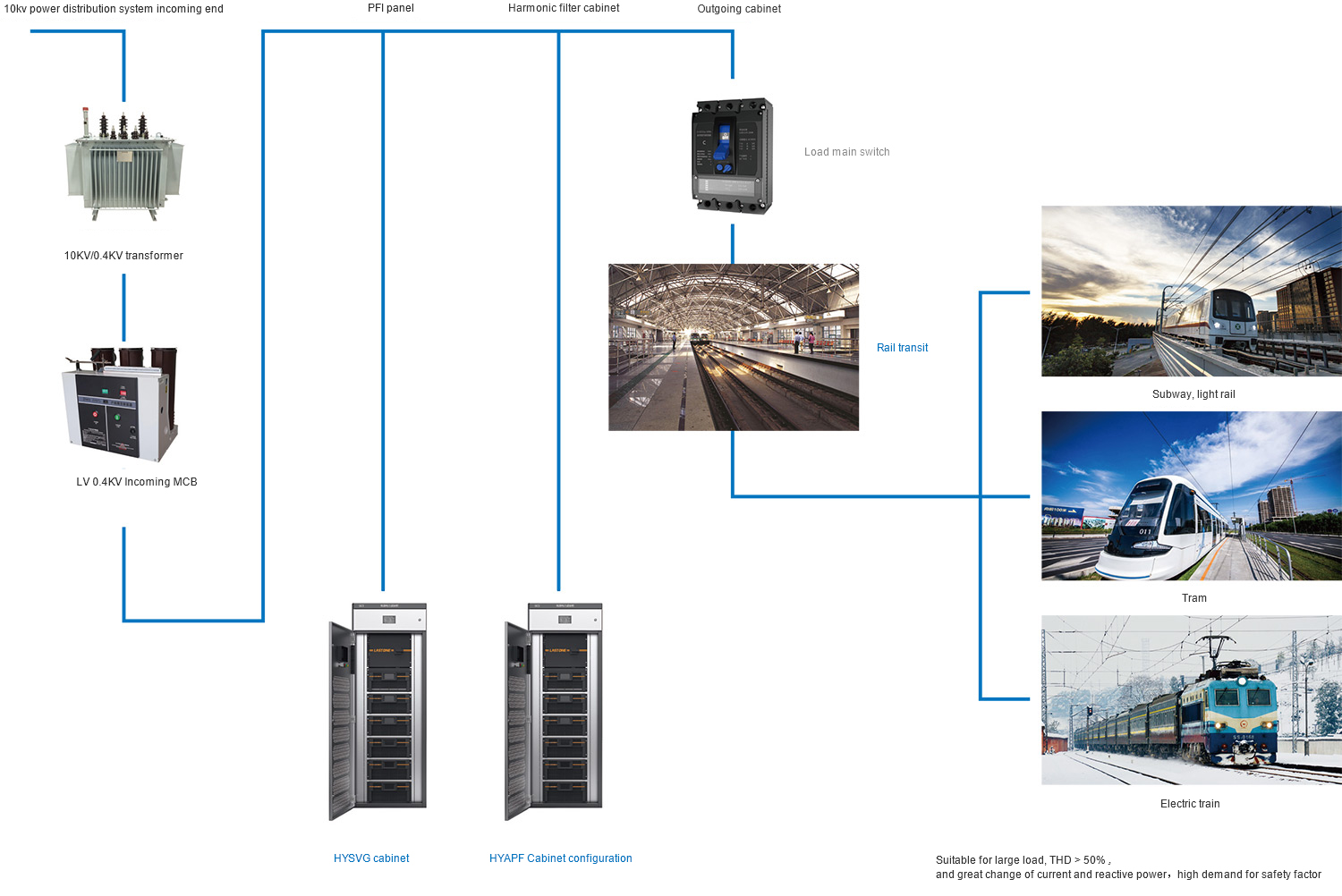