Charger (pile): due to the internal use of many rectifier links in the charger, that is, a lot of three-phase rectifier devices are used in the charger, which is a kind of high-power power electronic nonlinear load for the power grid, which will produce a lot of harmonics. The existence of harmonics leads to serious distortion of voltage and current waveforms in the power system of charging station, which greatly worsens the quality of power supply.

After using the active filtering (HYAPF) can not only ensure that the harmonic current of the distribution system decreases significantly, but also can improve the power factor on site. Under the condition of sufficient capacity, THDi on site will be reduced from 23% to about 5%, and it can also have SVG function at the same time. No matter inductive reactive power or capacitive reactive power can be compensated, and after filtering, Power quality has been significantly improved. 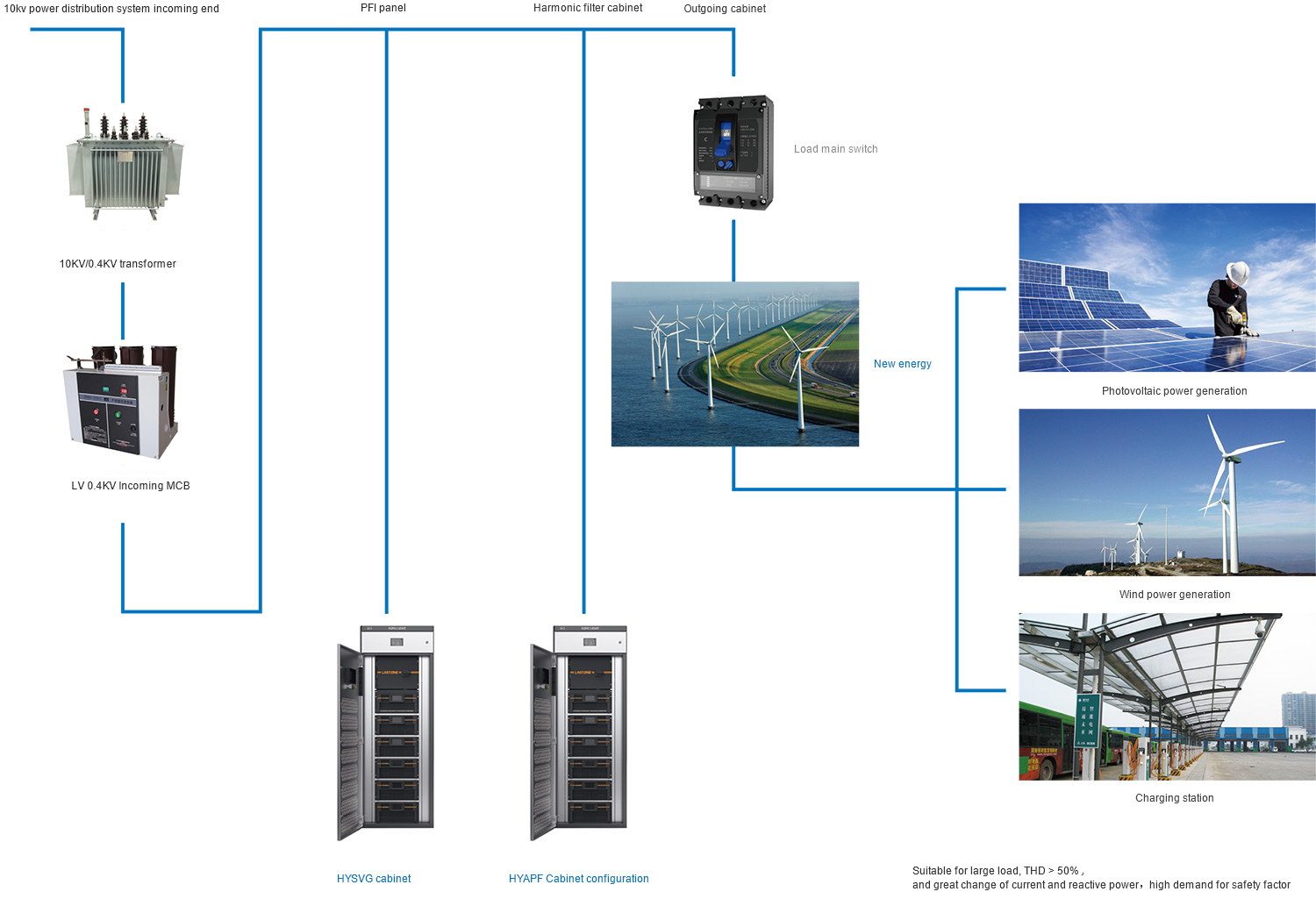